Over the course of the last few years I’ve given quite a few talks at meetups and conferences. Below is a complete list of all talks, with links to all the slides and videos (if they are available). 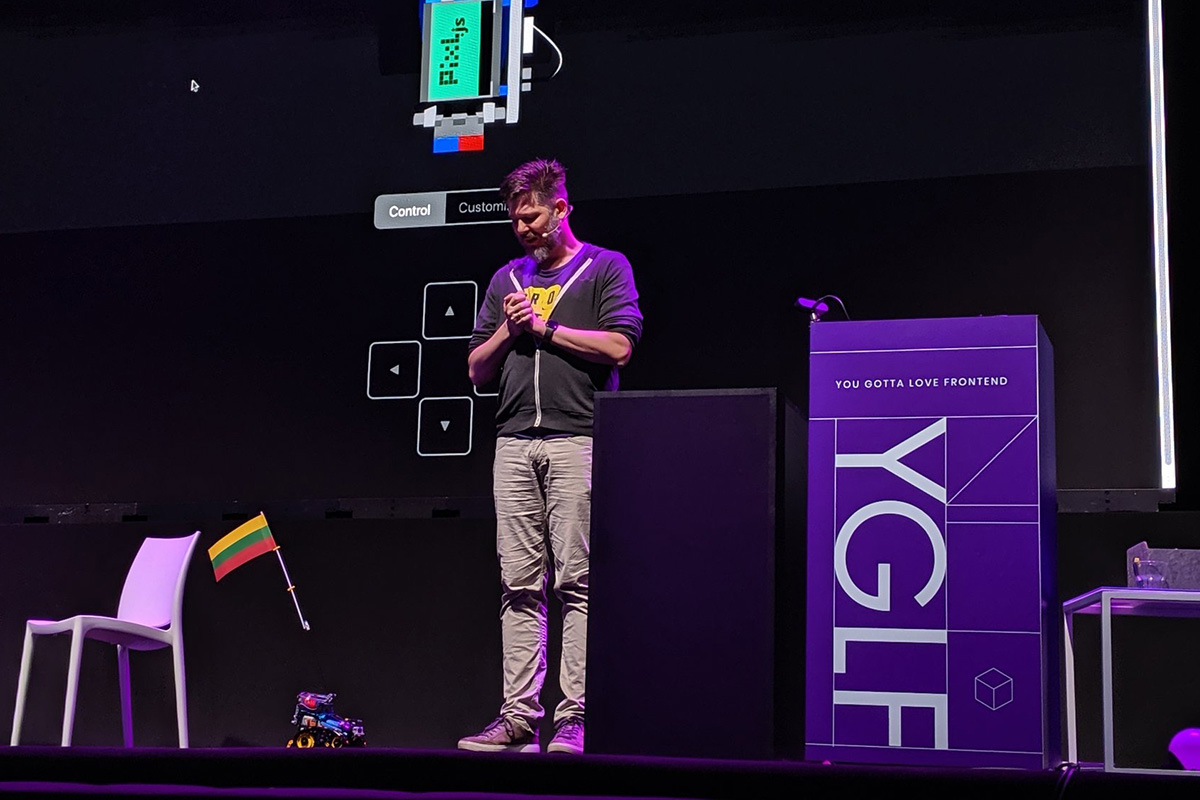 Building an IoT device feels out of reach to a lot of web developers. Most of us didn’t study electrical engineering, and never learned to solder. And programming a microcontroller is on a completely different level than building a website. But that is just not true anymore. Nowadays microcontrollers have become powerful enough to run JavaScript. And that opens up IoT to all of us. With just 20 lines of code we can build a connected lightbulb, and within seconds we can wirelessly deploy it. Write a couple of lines more, and you can even remotely control a car. And that is precisely what we are going to do. 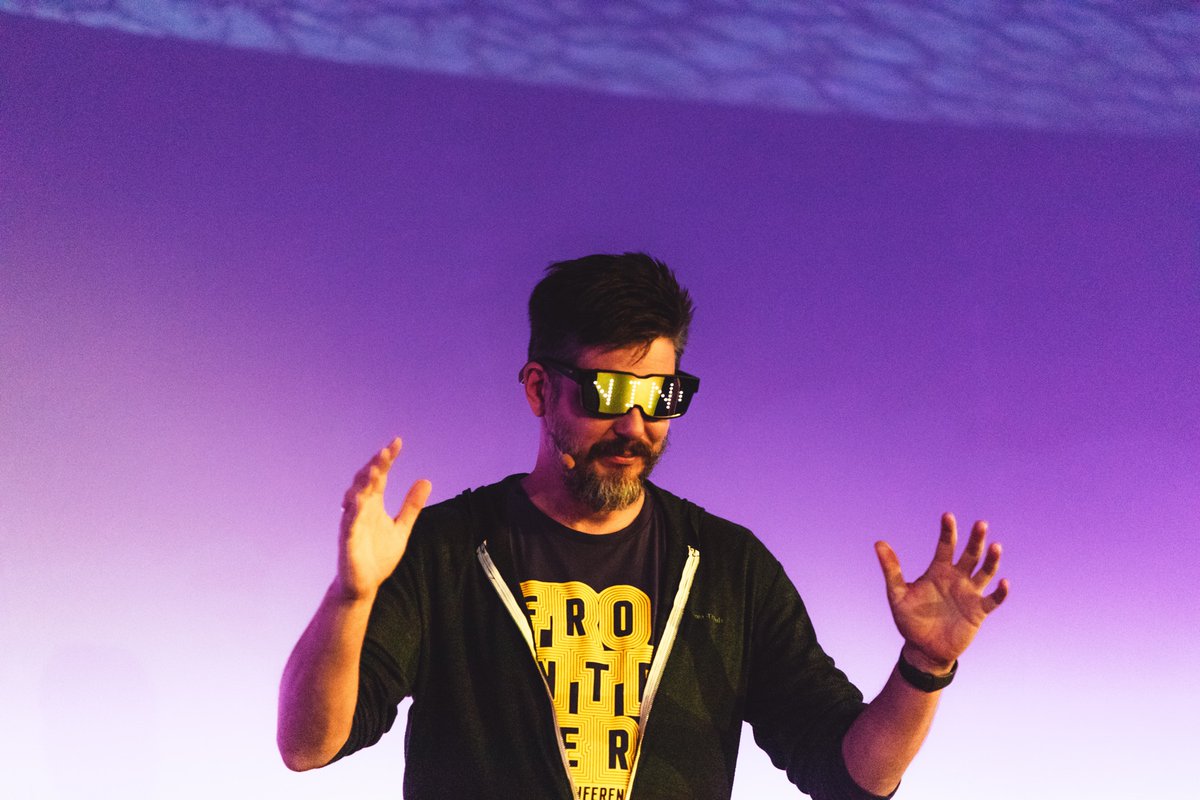 Time for the browser to get physical. With WebBluetooth the browser can actually take control of all kinds of physical devices in the real world like lightbulbs, robots and even drones. This talk will teach you the basics that you need to get started and will show you some more advanced topics like building your own Bluetooth devices using just JavaScript. 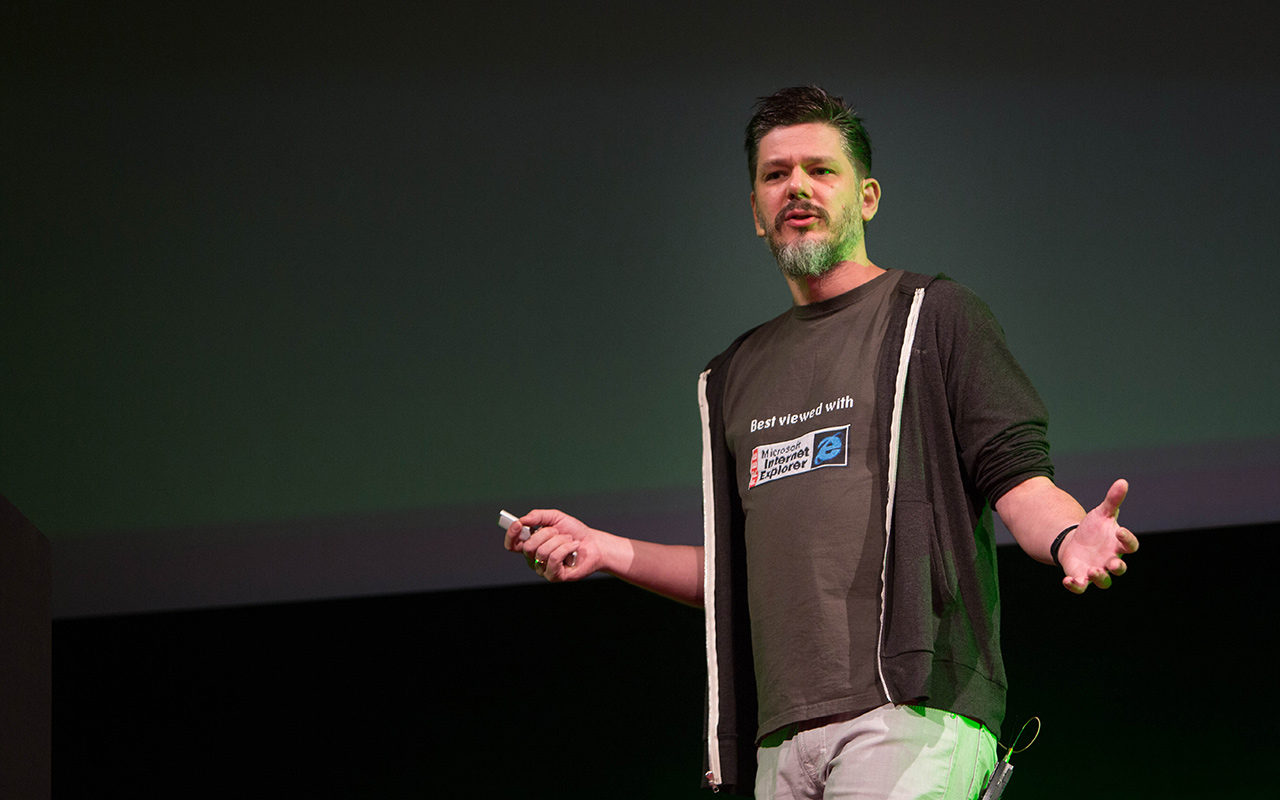 10 years is a long time. You can change the world in less. So what have we done over the last decade? And more importantly, what lessons have we learned?

Monsters, Mailboxes and other nonsense 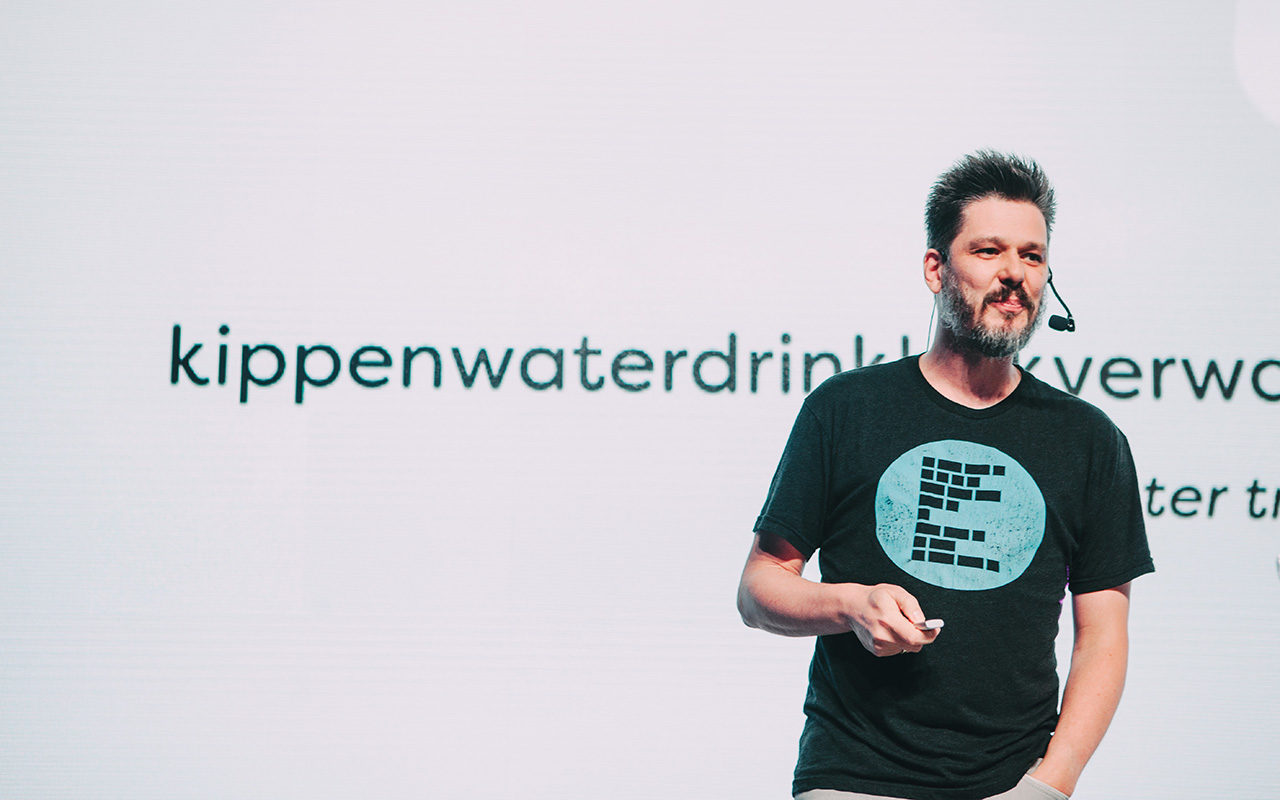 The Internet of Things can become quite boring pretty fast. Turning on the lights in your apartment with an app is a nice novelty, but it isn’t really very creative. And as developers we like to tinker and look under the hood, but manufacturers like their walled gardens. This talk is about combining sensors, switches and displays with different technologies to solve problems that don’t really exist and more importantly just to have fun with IoT and make geeky stuff. This talk contains monsters, and lots of them. 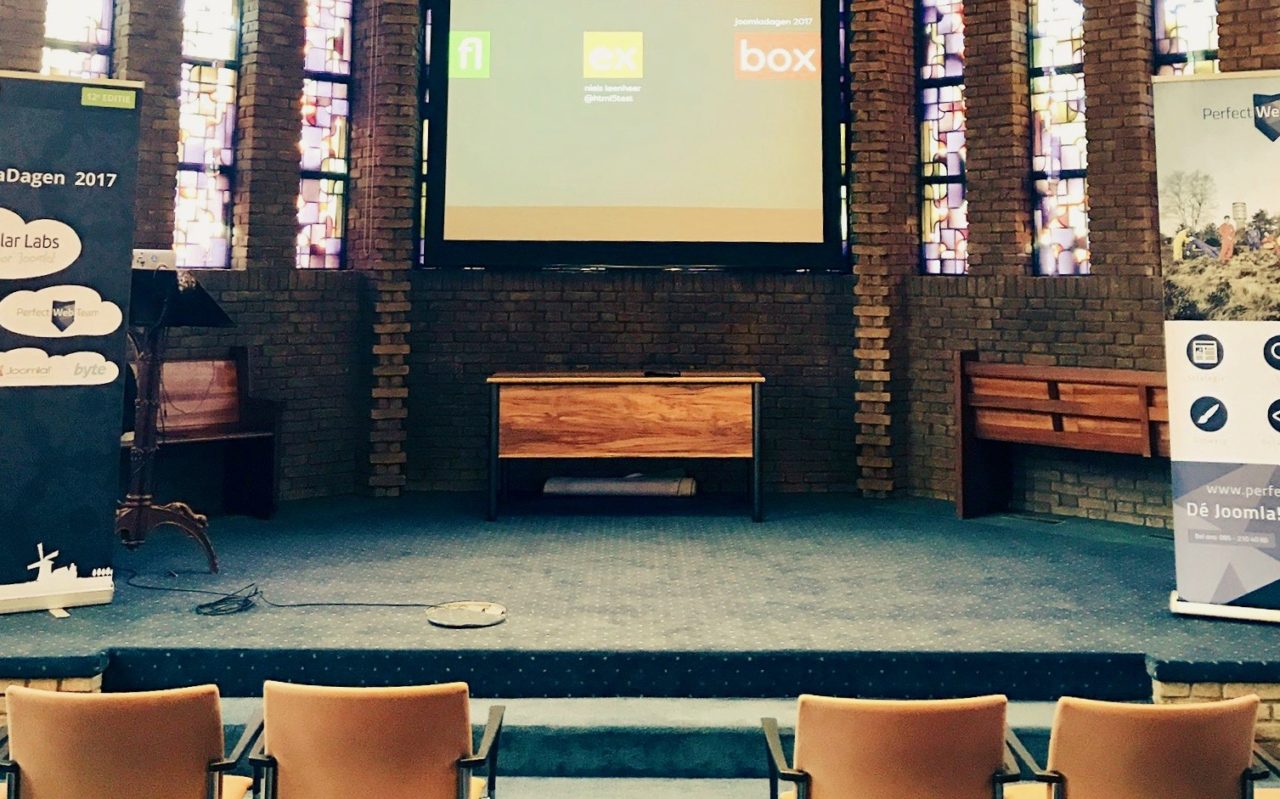 The Progression of Web Apps 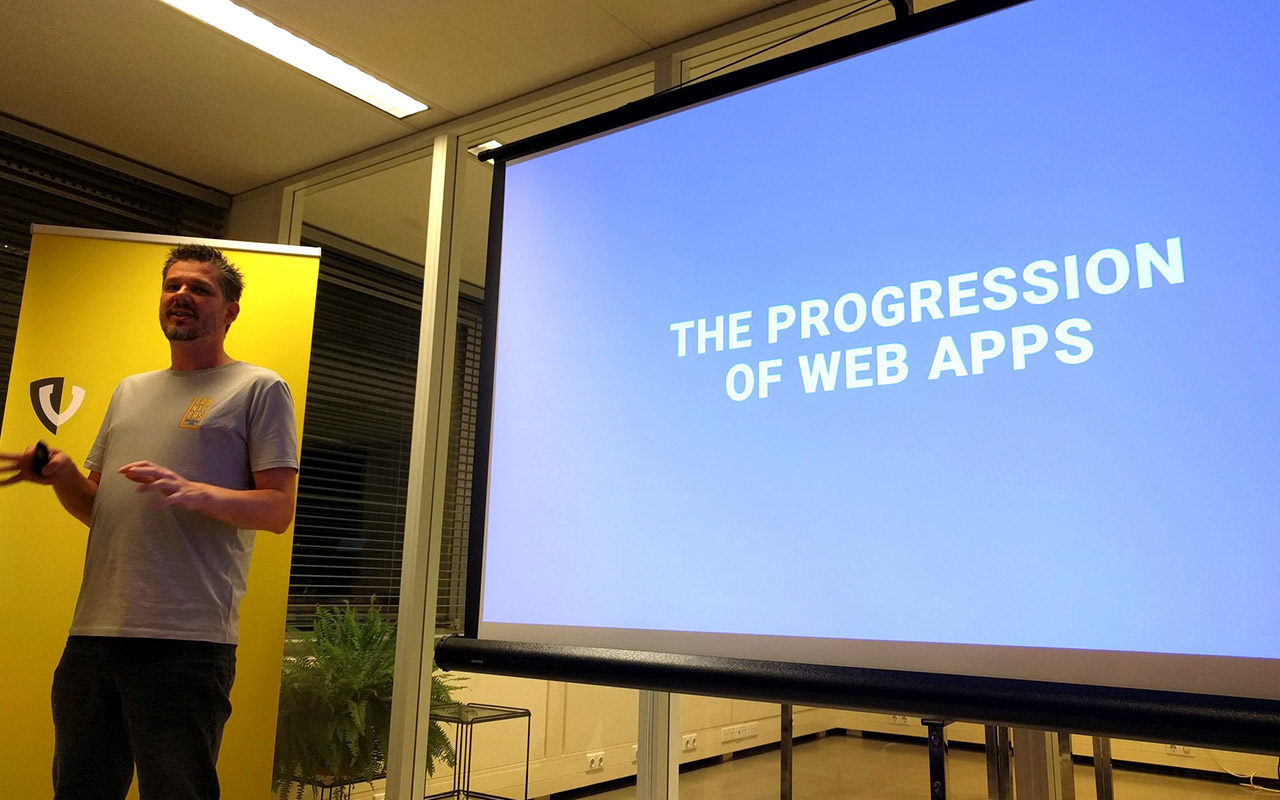 No, this title is not a typo. This talk is about Web Apps in general. We look back to the past of Web Apps and we’re going to look how we can create native apps using web technologies. Of course we’re going to look at the future too. Progressive Web Apps – what are they? And is the web now finally able to challenge native app development? 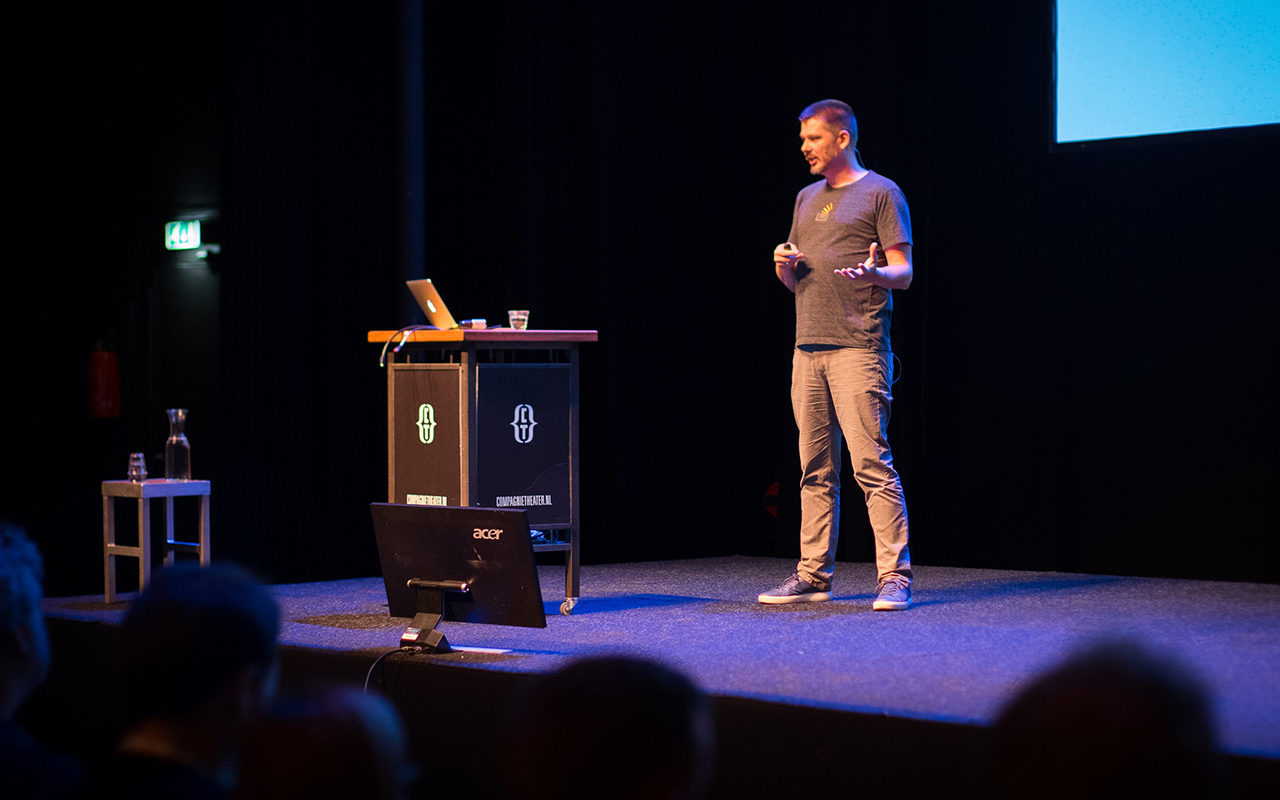 HTML is special. Unlike many other languages the browser won’t show an error message when you make a mistake. Sure, that makes it easy to write bad code, but it also allows HTML to be both backwards and future compatible. It allowed the HTML5 specification to extend the existing form field types. It allowed the RICG to create the <picture> element. And it forms the basis of Web Components because it makes custom elements possible. And most importantly, it allows the <noscript> tag, which by definition does absolutely nothing.

Making apps for the big screen 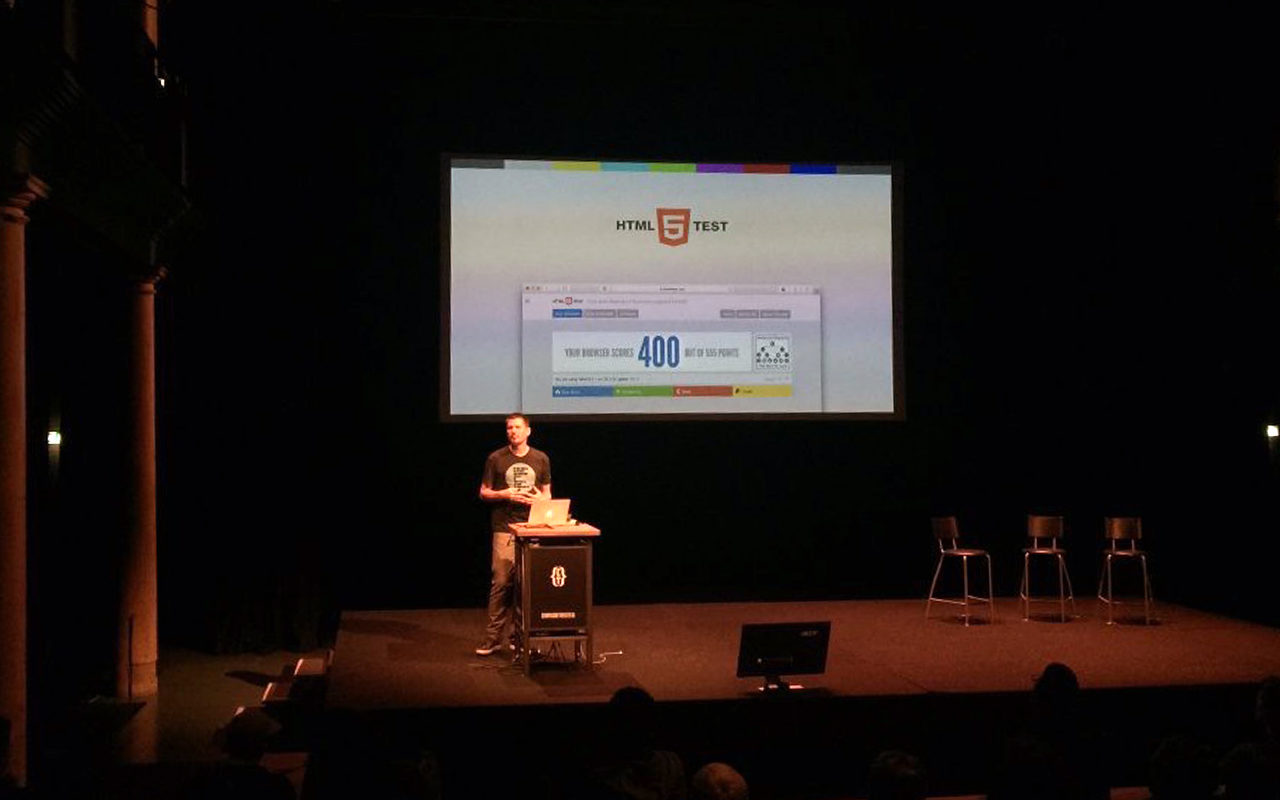 When PhoneGap was first released, its goal was to become obsolete. On mobile that never happened. However, if you want to create an app for a Smart TV, set-top box or game console, you will find web apps are almost always natively supported. And in many cases it is the only way to build apps. This talk will focus on the different platforms that are out there, the SDKs that you can use, and the practical problems you are going to encounter when you port your apps to the big screen. 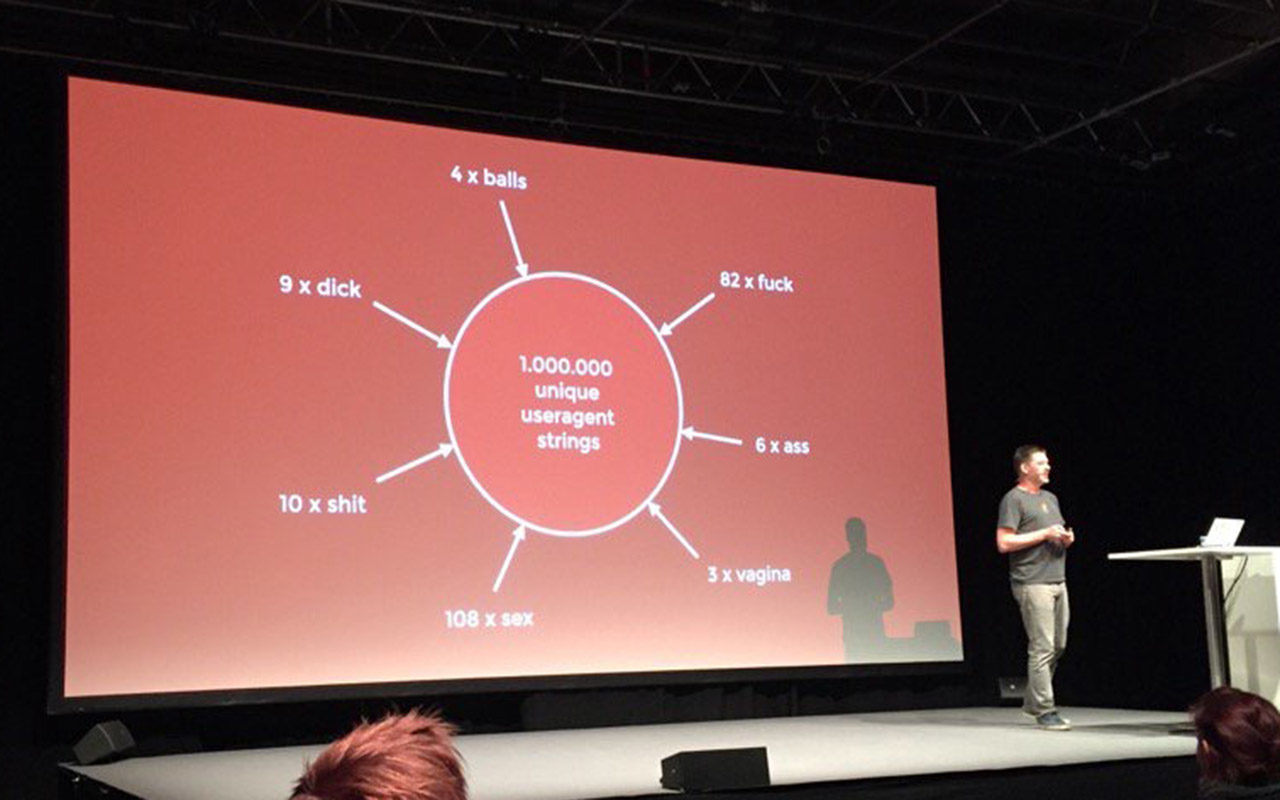 This is talk about browser sniffing. And yes, I do realise it is 2016. I know browser sniffing is ugly and we should all be using feature detection. But a quick search on Github still shows millions of lines of code referring to user agents strings. So this message clearly hasn’t landed yet. But why is browser sniffing a bad choice? This talk will dive into history and show the origin of the user agent string and the hidden battle between browser makers and web developers. It will show its simple beginnings and the horrible monstrosity it has become.

When creating WhichBrowser – my own browser sniffing library written in PHP – I’ve also encountered some other technical challenges. We will talk about code coverage and testing without PHPUnit and a bit about using Travis for continues integration. And finally how I improved the performance by 400% by creating indices for the data files. This proved to be a challenge because the data files didn’t contain just strings, but also regular expressions. And how do you build an index for regular expressions?

A eulogy for Internet Explorer 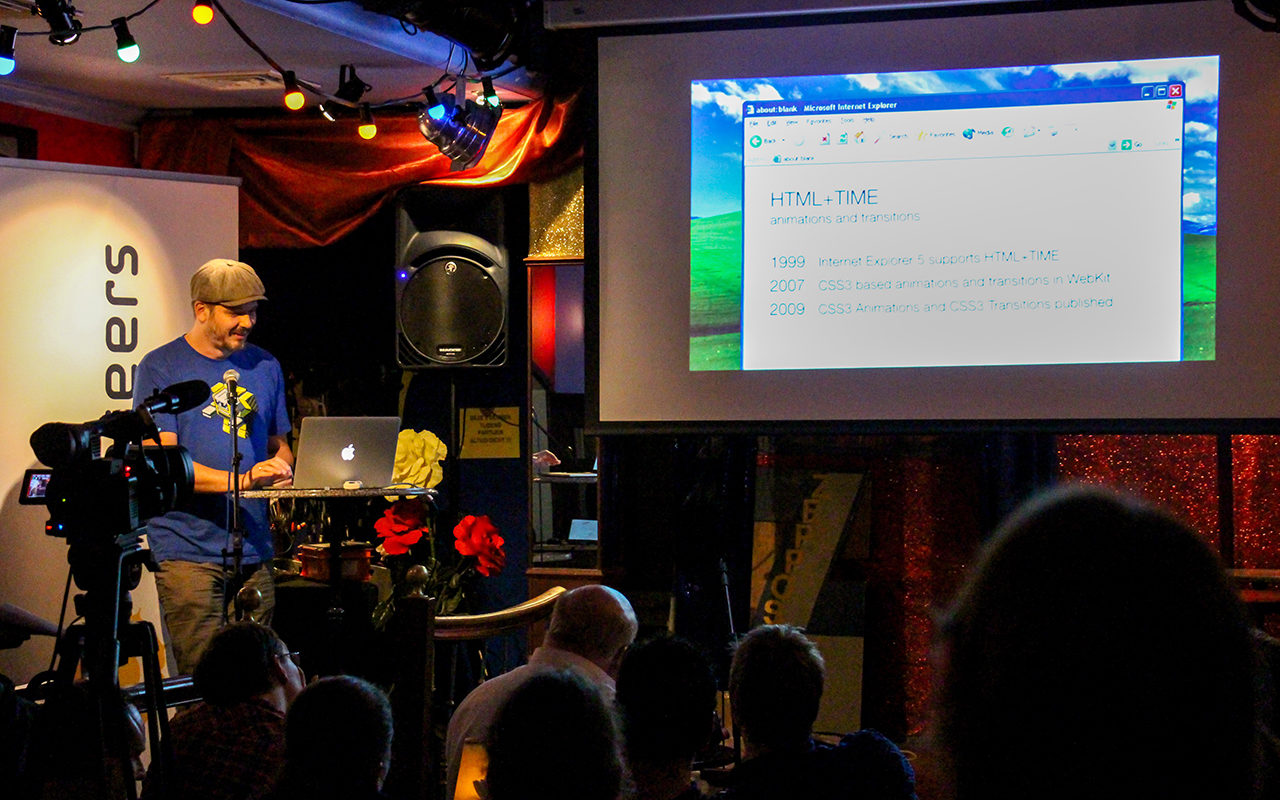 Windows 10 has been released. For the first time since Windows 95, Internet Explorer will no longer be the default browser in Windows. That place has been taken by Microsoft Edge. So now would be a good time to say goodbye. A eulogy, if you will. 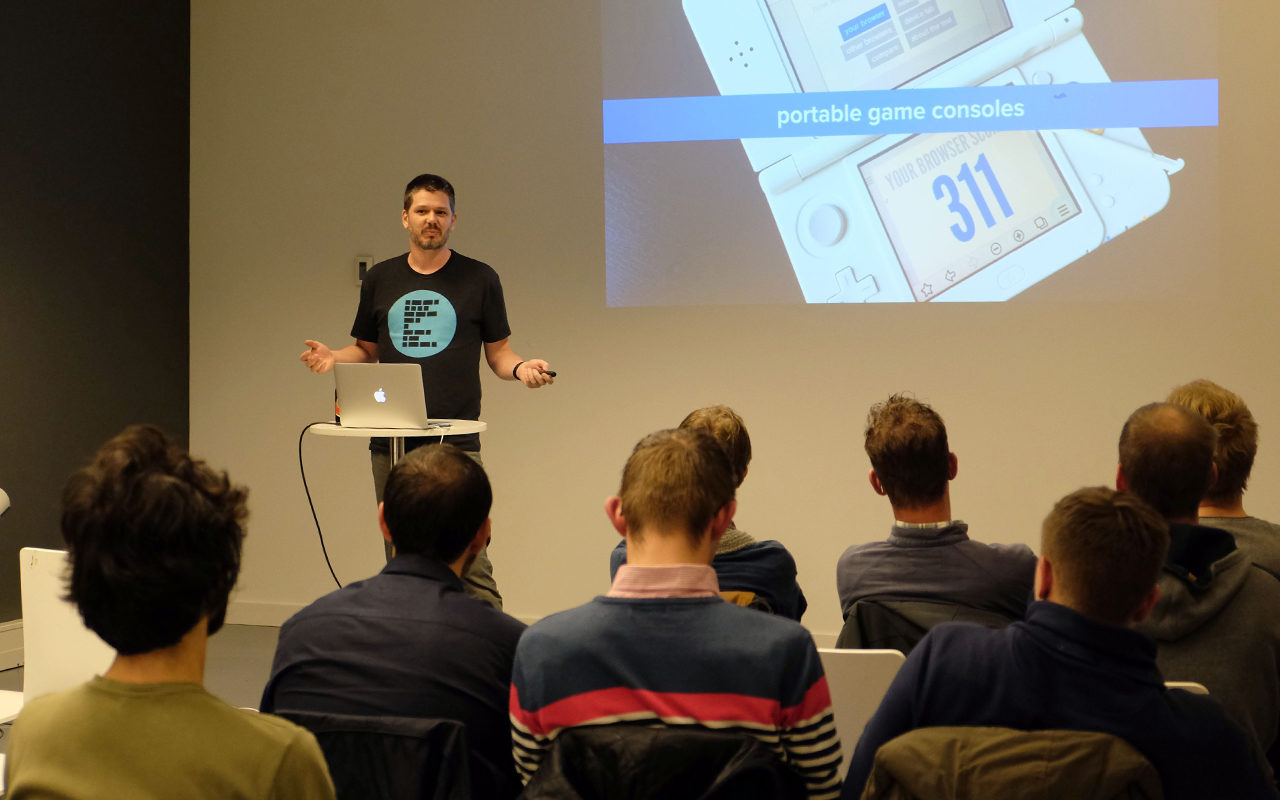 Ever since the web has conquered the desktop, people have been trying to bring it to other devices. Everything from microwaves and fridges to cars. Sometimes these experiments were a success and other times they were complete failures. What are the current frontiers for the web? Are there still any weird browsers left?

The latest generation of Smart TV’s run on the same operating systems as our mobile devices. How weird can these browsers be? Perhaps Smart TV’s aren’t as smart as we all would like to think. But there are more weird browsers. How do game console handle your websites and are e-readers really capable of browsing the web? I will try to give an overview of all the problems you are going to face when you want to make your site work on these weird browsers. 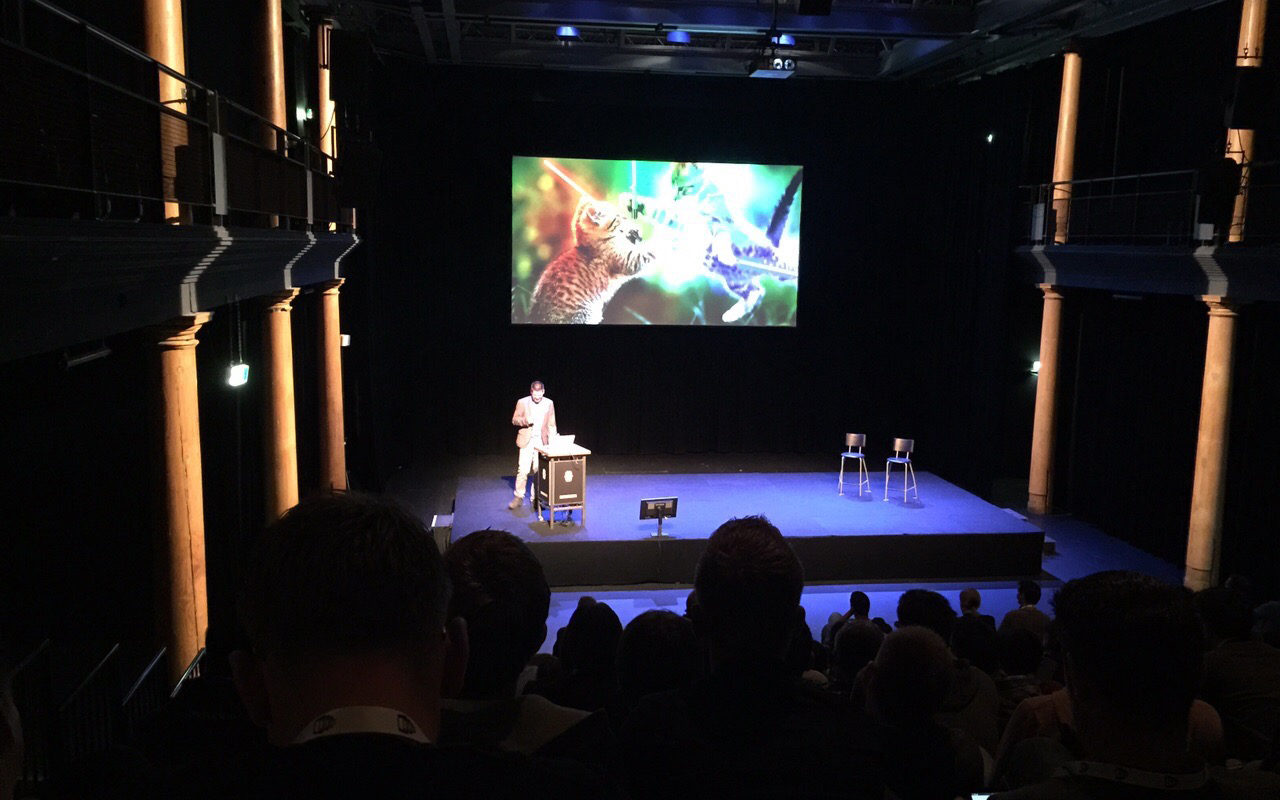 The Android WebView is a system level component that handles HTML, CSS and JavaScript, and can be used by other applications. One of the applications that uses the WebView is the default Android browser, but your own PhoneGap apps are also using it. In fact, PhoneGap is just a wrapper that extends the WebView. Unfortunately there is not just one WebView. The WebView changes between versions of Android. Sometimes these changes are just bug fixes, and sometimes they include new features. What’s even worse: device manufactures apparently also like to make their own modifications to the WebView. Recently Google tried to solve this mess and created a new backwards compatible WebView for Android 4.4 and higher. The new WebView is no longer based on WebKit, but uses Chromium instead. What are the differences and how does this impact your applications? Is the new WebView really backwards compatible? Which web platform features should you avoid in your PhoneGap app and which are safe to use? How do you deal with creating apps for a multitude of WebViews that all behave slightly different? Which devices do you need to properly test your app? And finally, are there other solutions to these problems?